Did you know The Lost World was supposed to have a sequel? When it premiered in 1925, there was no doubt that Harry O. Hoyt’s film was a Jurassic hit. The Herald Tribune called it “a fascinating picture,” while The Sun stated, “Frankly, it is the best ‘stunt’ picture we ever saw.” Hot off this commercial and critical success, First National Pictures’ GM Richard A. Rowland announced in February of 1925 that a sequel would begin production in the studio’s new facilities in New York. Atlantis, based on the mythical lost city, would be written and produced by Earl Hudson, and was to reunite Willis O’Brien and Ralph Hammeras, the technical team that had created the unprecedented special effects of The Lost World. “With the experience gained through our labors with ‘The Lost World,’ there is every reason to believe the Atlantis story will be even better,” Rowland promised.

Unfortunately, Rowland’s vision was not to be fulfilled. Though Atlantis was listed as one of First National’s coming attractions through November 1926, the film as drowned by production delays and financial difficulties. By the time First National was purchased by Warner Bros in 1928, all mention of Atlantis had disappeared. However, thanks to the Lantern Media History Digital Library and the Internet Archive, you can read all about the lost sequel below! Click the images to enlarge. 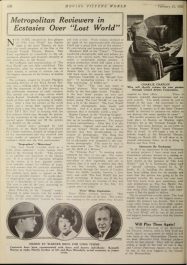 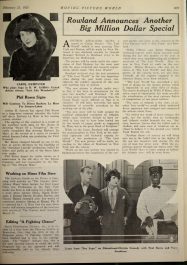 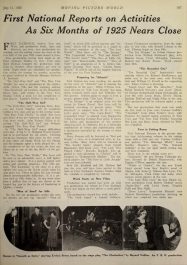 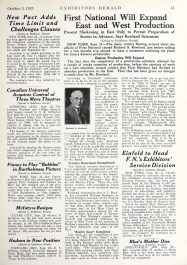 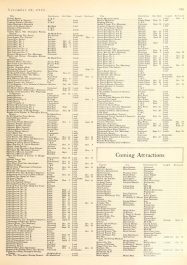 The Lost World will be released September 12. Pre-order your Deluxe Blu-Ray Edition today!