Flicker Alley is proud to present the following essay by Film Noir of the Week, written for Detectives and Dames: A Flicker Alley Noir Blog-a-Thon! Woman on the Run (1950) is available on Blu-ray/DVD May 10! Pre-order today!

It’s been a long time since Film Noir of the Week first discussed Woman on the Run.  At the time (May 2005), the film was just put out on a public domain DVD label.  Through the haze and scratchy audio it was clear that the film is just excellent.

The highly enjoyable crime film and sometimes travelogue of ’40s San Francisco is irresistible.  True, most remember Ann Sheridan shedding her glamorous persona or the dogged cop stuck with the dog (Robert Keith). 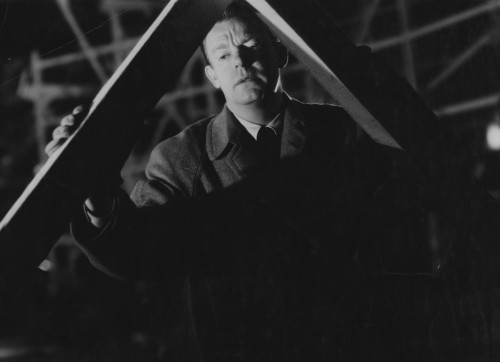 But what I’ve really grown to appreciate is Dennis O’Keefe.  He plays a machine-gun-talking reporter rat-tat-tatting his lines as he tails Sheridan.

O’Keefe was from a show biz family.  His parents were a duo in a vaudeville act that would frequently travel to Los Angeles.  By the time O’Keefe was 16, the experienced vaudevillian himself was writing for the Our Gang series—penning scripts or just coming up with gags.  When not writing, he was an extra and even a sometimes stunt man in countless films—including a bit part in the Marx Brothers’ Duck Soup at the age of 25.  But he struggled to make a success of himself.

Legend has it, Clark Gable noticed the young extra while making Saratoga and ordered a screen test.  By 1938, the bit-part actor was now in credited roles and would enjoy a healthy career in film in front of the camera.

But O’Keefe probably would have been just fine as a writer.  He is credited as E.J. Flanagan for the screenplay of the 1938 film The Kid Comes Back, just as O’Keefe was making a name as an actor. Don Miller in “‘B’ Movies: An Informal Survey of the American Low-Budget Film 1933-1945” called the movie “fast, funny, [and it] studiously avoided the formula clichés peculiar to films around prize fights…. The story, by the way, is by E.J. Flanagan, who at the time was a struggling bit player.  Flanagan hit the jackpot later… when he became Dennis O’Keefe.” 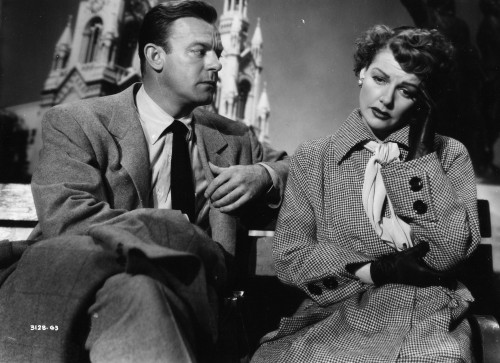 According to his 1968 obituary in the New York Times, O’Keefe never stopped writing during his acting days.  While playing the lead in the great T-Men (1947), he worked on the script with John C. Higgins.

It’s not surprising that none of his writing for Our Gang, The Kid Comes Back and T-Men are noted on his IMDB page.  He, like so many other jack-of-all-trades, did every job in the business but is only really remembered today for his work in front of the camera.

His acting is worth remembering, though.  His notable films in the film noir world include The Leopard Man, T-Men, Raw Deal, The Company She Keeps and Abandoned.  But you’d be crazy to forget his comedic roles in Brewster’s Millions, The Affairs of Jimmy Valentine and Topper Returns.

I really enjoy him in Woman on the Run.  Check out the way O’Keefe pronounces “Po-leece” during a chat in Chinatown, or his crack about a female cop tailing them: “Say, did you get a load of that female impersonator following you?”

I’m convinced that O’Keefe had a hand in polishing his lines in Woman on the Run. He may be second banana in the film, but he certainly holds his own.