People have amazing stories from their first time watching This is Cinerama and Windjammer: The Voyage of the Christian Radich. Flicker Alley decided to share a few memories to celebrate Cinerama titles.

“Shortly before Windjammer was completed, famed English director David Lean, contacted the President of Louis de Rochemont Associates, Borden Mace, at their Bronx-based screening room, the long-closed Mt Eden Theater, asking if he might be able to see Cinemiracle projected. The answer was affirmative, and a short time later Mace met Lean there and asked his staff to screen several scenes for Lean including the Madeira sequence and the just-completed scene in which a submarine, with a Cinemiracle camera mounted on it, surfaces through a hail of bubbles to reveal crashing waves and the majestic Christian Radich at that moment sailing closer. Lean asked to see the latter a second time. Later that day, sharing the taxi ride on the way back to Manhattan, Lean remarked to Mace, ‘That submarine scene emerging from the ocean waters is the single most impressive shot I have ever seen on a motion picture screen.'”

“One of the things that happens to you when you restore complicated films like this is you develop a fondness for scenes that were almost impossible to restore due to the excessive damage. Several scenes in the Navy sequences of Windjammer certainly fit into that catagory.  When I see such scenes projected on a big screen, as I did recently at theaters in New York, Amsterdam and Paris, I get goose bumps as the music swells and the spectacle of seeing these giant ships sail up to the camera in Cinemiracle. There are many other scenes as I have always loved the romance of tall ships and sailing, scenes like when the Pamir and the Christian Radich met at sea.

This is Cinerama with its amazing aerial flight across America is certainly the highlight of the film for me.  I put myself into the mindset of someone in the early 1950s, who may have never flown in a plane or for that matter never saw the big screen spectacle of Cinerama, and I can feel the sense of wonder and discovery they must have felt.” 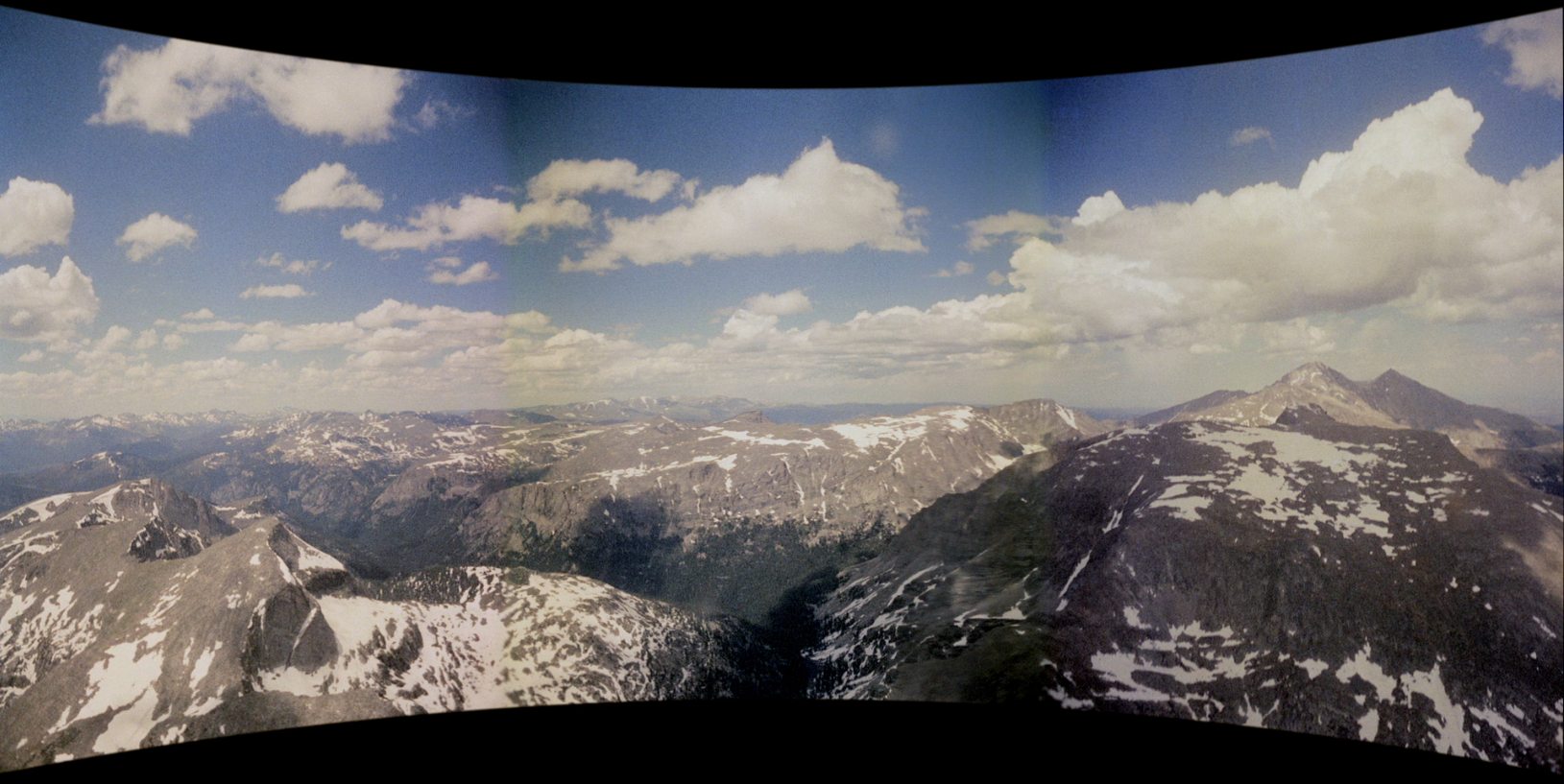 “How well I remember my first Cinerama experience! It was in 1953. My grandmother and I, who regularly went to movies together, were on our way to see our first 3D movie, “House of Wax,” but when we passed the Warner. Hollywood Theater and saw that This is Cinerama was playing there, and as I had recently seen one of the programs they sold at the theater, we got off the bus intending to see it. Alas, it was sold out, so I made plans to get an advanced seat for the next weekend. And so it was that we took the bus back the next week and sat down, ready for an all-new movie experience. And as you can imagine, we were not disappointed. When Lowell Thomas spoke those immortal words, “Ladies and Gentlemen, This is Cinerama” and that screen opened up on that fantastic roller coaster ride, we gasped with amazement and just totally were immersed by the experience! Since then, two things have happened: I have become a dedicated fan of anything Cinerama and I have also become a dedicated fan of opera after the two “Aida” episodes of the film, even though I hated opera before this. I was so happy when a new Cinerama short subject was released, and even though I thought “In the Picture” wasn’t the most well-acted film, just the idea of seeing a new Cinerama film was just fantastic! I’m sure I speak for many Cinerama fans when I say: BRING US MORE CINERAMA!” 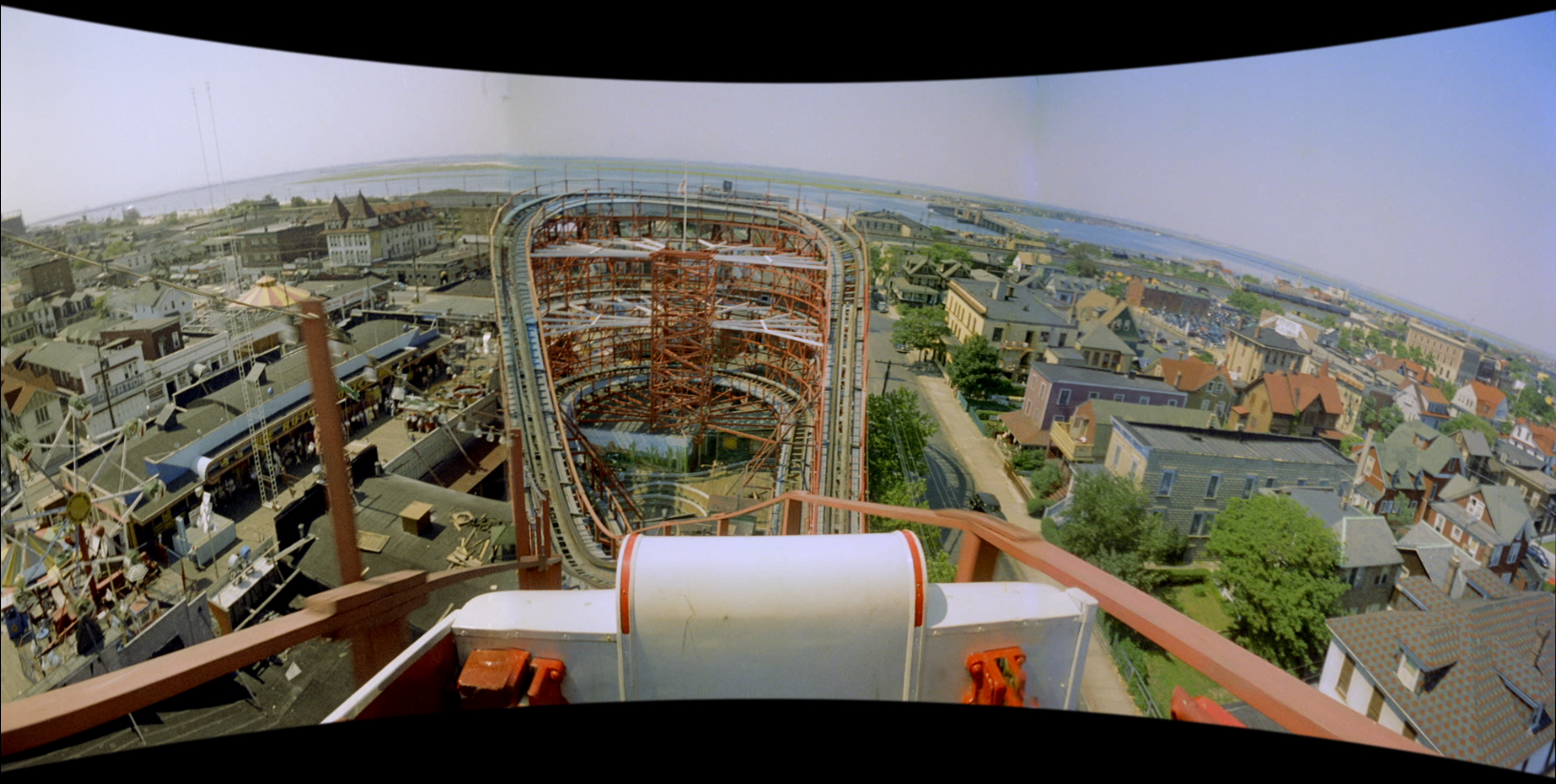 “My choice for favorite scene in This is Cinerama has to be the classic roller coaster opening – which now symbolizes Cinerama, and the launch of the ‘widescreen era’. I had seen it many times before John H. Mitchell pointed out the fact that it was not one continuous shot – but actually two  takes joined together. This editing sleight of hand also features in my favorite Windjammer scene – the surfacing submarine.
Yes, the scene that Randy Gitsch reports David Lean liked so much, seems seamless – but there is a cut just before the camera breaks the surface. I confess that I was oblivious to this fact until just last weekend when Anders M. Olsson pointed it out while he was visiting Sydney for a 3-strip showing. I had always been impressed by the careful co-ordination that must have been needed to have the ‘Christian Radich’ come perfectly into view, and it still strikes me as magnificent – even if a little bit of cinematic ‘trickery’ was involved in obtaining the finished result!”

Original reactions from a showing of Windjammer in Bradford, England right after performance on March 16, 1997.

“Very impressed. Join lines are wonderful even though centre projector isn’t set for 3-strip rather than 70mm. It played off nicely and the sound was good. Not yet quite enough movement for 3-strip. We had the sledge going down and some cycle rides and things. The “Christian Radich” going up and down in the storm, I enjoyed that, it was great! It made a difference not being American. It was European and that was nice. 2nd best 3-strip film I’ve seen. No 1 is “How the West Was Won”. No 2 is Windjammer.”

“I think it came around very well. There was a tremendous amount of work everybody had to do to put it together. The Cinemiracle process is good and bad in both ways. I think the join lines are superior in Cinemiracle. There is some horizontal distortion, but remember Cinemiracle was designed for a nearly flat screen.”

“I have never seen it and it is brilliant. The color is not as bad as I thought it might be. It is a bit yellow here and there. I think for its time, as somebody else was saying, a travelogue sort of thing, and considering the guy who shot it on the fly as it happened, they couldn’t have had much of a script beforehand. I think they worked very hard to get it together.”

“It is a grand movie! As a colleague of mine in London told me. It must be the queen of kitsch. But it was an incredible experience to see “Windjammer“, the film all Norwegians have talked about since the original release in 1958. I think it is a very good film in the travelogue genre. A type of movie I rarely have seen. As a travelogue it was also very good. How does it rank among the 3-strip movies I have seen? Well, I have only seen This is Cinerama. Windjammer is definitely the better of them, both technically and in drama.”