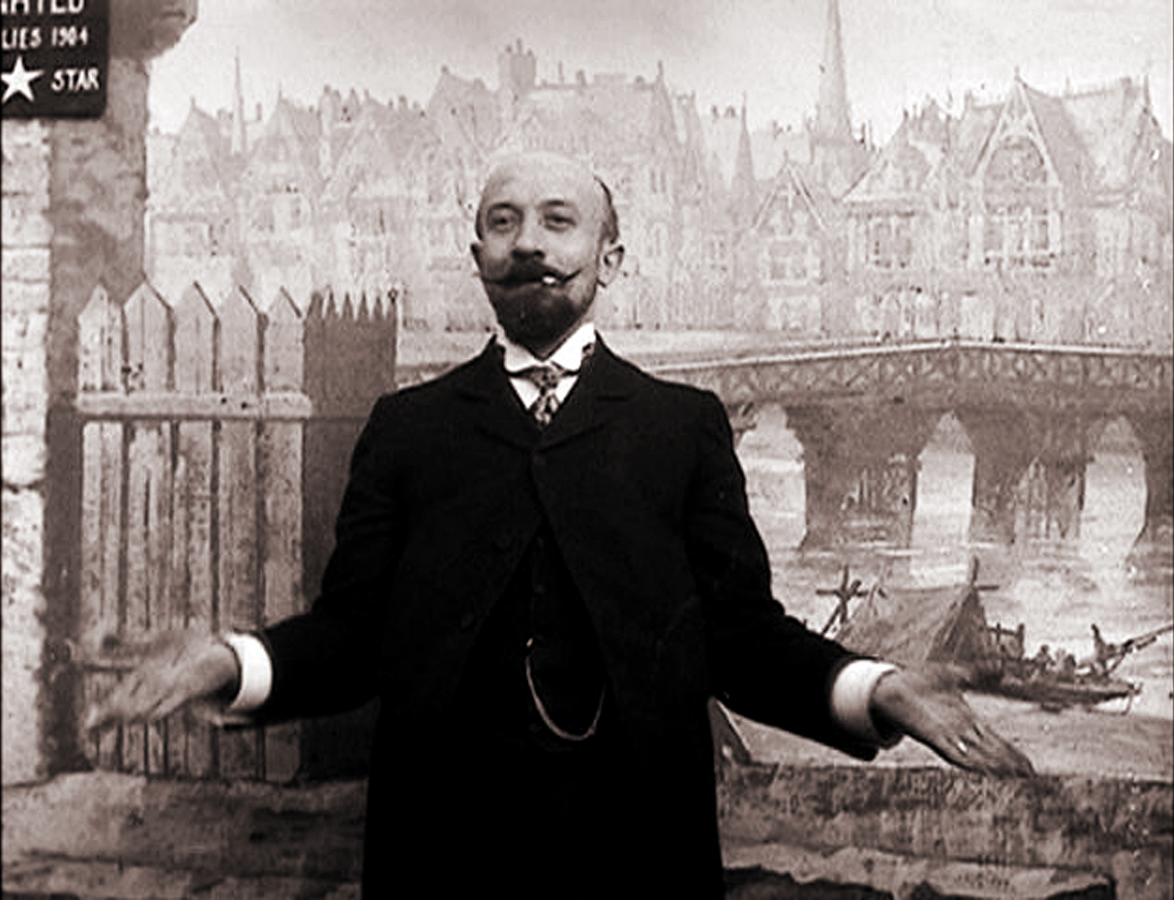 Silent films can be a difficult sell to younger audiences. Attempting to “turn” your friends onto silent cinema will often become a frustrating experience; one ends up trying to “defend” a silent film instead of simply allowing those friends to absorb it. In contrast to silent films some find archaic, George Méliès’ films appeal to modern eyes because he immediately grabs the audience’s attention and keeps his audience invested. Additionally, his works are usually no longer than a few minutes. In an age where our eyes are constantly scrolling through social media – bombarded with visual stimulation – Méliès’ films are able to satisfy that need for instant visual gratification.

It’s interesting to trace back particular moments in your life that made you the person you are today. One such outstanding moment for me was the first time I stumbled across a clip from a silent film, thanks to the PBS classic TV show Reading Rainbow. During the mid 90s, still in my elementary school years, I fell ill with a severe case of pneumonia and was sent straight to the hospital. My fever was high (as were the flow of antibiotics coursing through me), but the fever didn’t stop me from channel surfing while I was well enough to keep my eyes open. Coming across the familiar face of LeVar Burton, I watched an episode where he loads in “one of the earliest science fiction films.” What followed was a scratchy edition (taken from a 16mm print) of A Trip to the Moon, edited down to one minute, making it easy to digest for young viewers. Absorbing each second, I felt like Indiana Jones opening the holy grail – the opportunity to view something so ancient on television wasn’t something I experienced often. The oldest thing I remember seeing at that point was early 50s TV like The Donna Reed Show or George Reeve’s Adventures of Superman thanks to “Nick at Nite.” Thanks to the magic of YouTube, here is the full Reading Rainbow episode, entitled “Alistair in Outer Space” for all to enjoy!  Rediscovering this myself while writing this blog was quite a treat! Check it out below!

Why did A Trip to the Moon cause such a stir in my young mind? The handmade quality of Méliès’ work was something I could relate to as a child and infused my imagination with possibilities. Even though I marveled at films like Jurassic Park for their wizardry, those projects seemed out of reach to me as an eight year old. Méliès was easier to process and allowed me to figure out “how movies were created.” Thus began my insatiable interest in not only silent film, but in general filmmaking as I went on to make films of my own, inspired by A Trip to the Moon. That zen moment in the hospital, created by chance or divine intervention, was life altering and a testament to the power of George Méliès and his work.

Flicker Alley’s restoration and release of A Trip to the Moon is simply stunning, especially compared to what was available before. To be able to view this film, restored in 4K and its original hand-tinted color is something I would have never thought possible. It’s now available, looking better than ever, to inspire the youth of today just as it inspired me from a hospital bed over twenty years ago. If you are looking for that gateway to introduce silent cinema to friends, I believe you can’t go wrong with A Trip to the Moon, among many of the early Méliès films produced in the early 1900s. It’s astonishing that a film made over a century ago can excite the same wonder today as it did for audiences so outdated they may as well have been from outer space!

A Trip to the Moon is available now, restored from its original 1902 hand-painted edition, alongside several brand new scores, a behind-the-restoration documentary, and two bonus shorts by Méliès.