Flicker Alley is proud to present the following essay by Robert M. Fells.

Robert M. “Bob” Fells is an independent film historian and author. An attorney and trade association executive in the Washington, D.C. area, Bob has been collecting films and related books, photos, and radio broadcasts for over 50 years. He is the official biographer of George Arliss and maintains two blogs at ArlissArchives.com and OldHollywoodinColor.com. 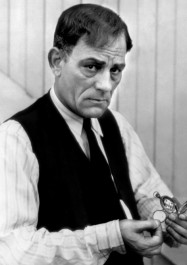 When the reclusive actor known as “The Man of a Thousand Faces,” aka “The Man of Mystery,” grants an interview about his latest film, chances are that he’s considerably invested in it. So it was that when Lon Chaney (1883–1930) arrived in New York City in September 1923 for the Grand Premiere of The Hunchback of Notre Dame he agreed to be interviewed by Movie Weekly magazine. No ghostwritten articles with his name added for the byline. This interview was the real McCoy.

Hunchback was not only the largest production that Lon had ever starred in, but it was one of the most expensive films ever made by an American studio. The irony was that this film came from the cost-conscious, i.e., low budget, Universal Pictures. Its president, German immigrant Carl Laemmle, had already made one truly expensive film, Erich von Stroheim’s Foolish Wives (1922), but that film had a runaway budget due to Stroheim’s profligate spending. Laemmle and his top manager, a young Irving Thalberg, decided that if they were stuck with lemons they should make lemonade. So they rented a huge electric sign at Times Square to flash the ever-increasing cost of Foolish Wives and spelled out Stroheim’s name as “$TROHEIM.” 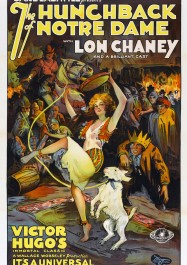 However, Hunchback was different. It was planned as an expensive film from the beginning to showcase Universal’s goal of getting its productions booked into more theaters. In those days, major studios owned theater chains to ensure that their products played on as many screens as possible, thereby maximizing earnings. This practice was the financial backbone of the studio system that would be collectively called “The Golden Age of Hollywood.” It ended in the late 1940s when the U.S. Supreme Court decided that studios owning movie theaters had a monopoly and their business would never be the same. Universal’s problem in 1923 was that it didn’t own any theaters so its films had to be popular on their own merits. Thalberg eyed Hunchback as just the production his studio needed to make the leap into the big leagues, but the film wasn’t his idea. It was Lon Chaney’s. 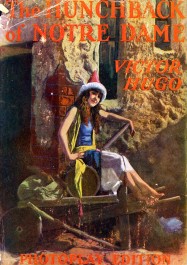 Lon had optioned the film rights to the Victor Hugo novel in June 1921, then proceeded with the tough job of obtaining financial backing. He managed to secure three different proposals, the most ambitious of which would make the film in Europe and under the direction of Alan Crosland (Don Juan, The Jazz Singer). But all the plans came to nought. At that point in mid-1922 Universal took on the project and gave Chaney a fair amount of creative control. He had his own idea for the choice of director, the talented Frank Borzage, but Universal wanted more of a craftsman than an artist and assigned the reliable Wallace Worsley. Lon apparently had no objection to Worsley and in fact he had made a few pictures with him (The Penalty, The Act of Hearts, A Blind Bargain) but he confided to his manager that Worsley was about the best among “the second-raters.”

Filming began in December 1922 and didn’t wrap until June 1923. Night filming during the winter months of ’23, even in southern California, was particularly arduous but the money really shows on the screen. Even accounting for studio hyperbole the statistics are impressive: 2,000 extras, 200 costume makers, 230 electricians, seven generators, five miles of cable, and 700 big lights for the night scenes. Innovation was also present in that a public address system was used for the first time in filmmaking to communicate with the crowds. Although the Notre Dame Cathedral appears to be a full-scale structure, only the first floor facade was built. The rest of the building was a painted matte ingeniously held between the camera and the structure to create the illusion. 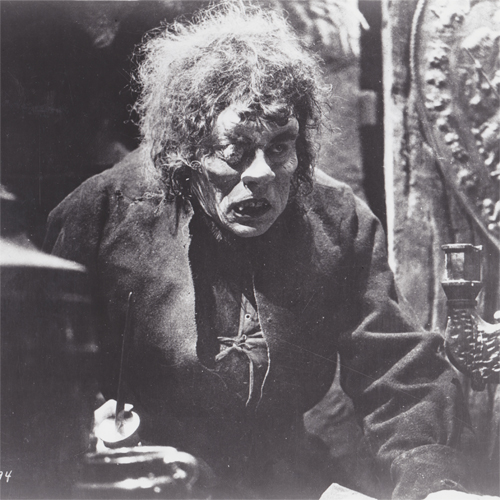 Chaney as Quasimodo in The Hunchback of Notre Dame (1923)

Lon Chaney’s makeup was the talk of the film reviewers. Some felt that his Quasimodo was too grotesque but Lon faithfully followed Hugo’s description of the character. Claims would be made through the years that Chaney wore a 70-pound rubber hump but in fact he designed a plaster one that weighed at most 20 pounds. More serious, the putty and appliances he wore on and over his eyes damaged his vision and off-screen he had to wear glasses for the rest of his life. 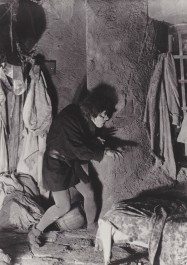 Some reviewers didn’t know what to make of the film. It seemed partly an historical melodrama with plenty of pageantry, and partly a horror film (though that term had not yet been coined). But the public enthusiastically supported the film with its blend of spectacle and gothic macabre. Unlike other “chillers” of the day, typically haunted house comedy-dramas, nothing was explained away at the end. Quasimodo was just what he appeared to be, not somebody’s illusion or bad dream. Nobody knew it at the time, but the public’s embrace of the film’s themes paved the way for the Universal horror classics of only a few years later.

So what did Lon Chaney have to say about The Hunchback of Notre Dame? Were it any of his other films the answer would be that nobody knows. But thanks to the interview he granted during his visit to New York for the premiere, we know his thoughts. Asked where he got the idea for the character Lon replied, “From the book. The idea of doing the picture was an old one of mine and I had studied Quasimodo until I knew him like a brother, knew every ghoulish impulse of his heart and all the inarticulate miseries of his soul. Quasimodo and I lived together—until we became one. At least so it has since seemed to me. When I played him, I forgot my own identity completely and for the time being lived and suffered with the Hunchback of Notre Dame.” 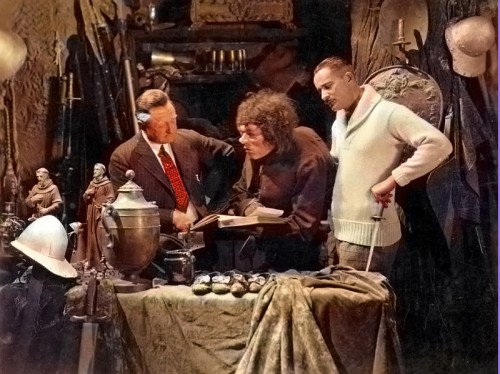 On the set of The Hunchback of Notre Dame (1923). From left to right: Wallace Worsley (director), Lon Chaney (“Quasimodo”), and Norman Kerry (“Phoebus”). Photo colorized by Robert M. Fells.

Lon spoke of his deaf parents and his early days in the trade of laying carpets. Returning to his current profession, he had this advice for students: “Acting is mainly a matter of thinking. If you think the part you are playing, invariably you will portray it—accurately and with power. I’ve frequently told young actors who have come to me for advice, ‘Do your acting in your head and forget about your body. If you think the man you are playing, you’ll be that man. . . .’”

Even in 1923, the timing of the release of The Hunchback of Notre Dame near Halloween was probably no coincidence. It still thrills and chills and remains quite a show. For more information on the making of this classic I can highly recommend any or all of the three Lon Chaney books authored by Michael F. Blake. 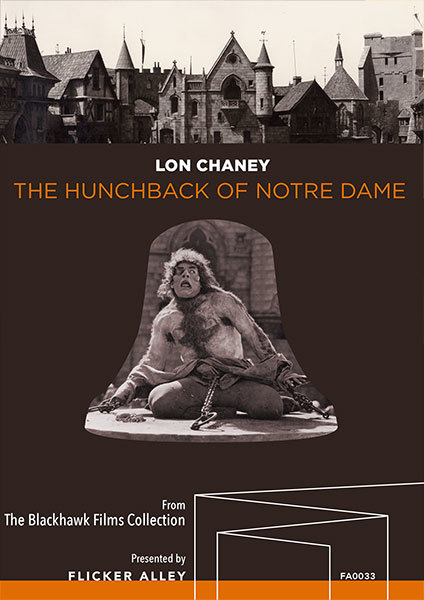 Do you have your Halloween movie night planned? Order The Hunchback of Notre Dame (1923) on Blu-ray today, or stream the film online for just $4.95!