Flicker Alley is proud to present the following essay by Andy Wolverton of JOURNEYS IN DARKNESS AND LIGHT, written for Detectives and Dames: A Flicker Alley Noir Blog-a-Thon! Woman on the Run (1950) is available on Blu-ray/DVD May 10! Pre-order today! 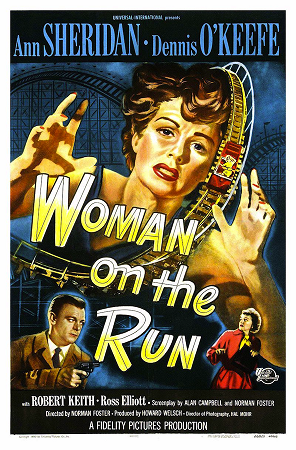 In his 2013 book Film Noir FAQ, David J. Hogan writes, “At this writing, Woman on the Run is commercially available, via a poor print, on budget DVD. A good print is hidden in a vault somewhere. Let’s find it.”

That’s exactly what film historian/noir expert Eddie Muller set out to do. Muller wanted to include the film in his 1998 book Dark City: The Lost World of Film Noir, but all he had was a video in such poor condition he literally couldn’t tell what he was watching. The story of how Muller and the Film Noir Foundation rescued Woman on the Run from oblivion is a thrill-ride in its own right, a story detailed in “A Wild Ride: Restoring Woman on the Run,” a supplement on the new Flicker Alley release of the film. Yet the rescue and restoration of the film would mean little if it didn’t deliver the goods, and deliver it does.

While walking his dog through the San Francisco hills one night, Frank Johnson (Ross Elliott) witnesses a murder. When the police arrive, Frank tells his story, but fearing the murderer’s return, he retreats into the shadows and disappears. Unable to locate Johnson, Police Inspector Ferris (Robert Keith) seeks out Johnson’s wife Eleanor (Ann Sheridan), who seems unconcerned and indifferent to Frank’s disappearance. “Just like him,” she says, “always running away.”

Inspector Ferris’s interrogation of Eleanor may not tell him much about where Frank could be hiding, but it speaks volumes as to their marriage: 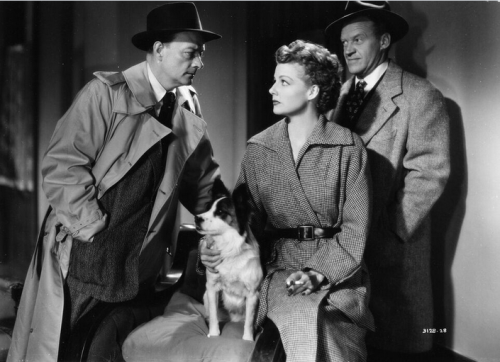 “Where does he generally go when he’s not at home?”

“I haven’t the faintest idea.”

“Who are his friends?”

“I don’t know his friends. The dog is our only mutual friend.”

“What did you and your husband fight about tonight?”

“We don’t have to have a reason anymore.”

The audience learns much about Eleanor in just a few short moments: she’s tough, smart and doesn’t suffer fools, even when they’re trying to find her husband. Eleanor isn’t sure whether Frank is running away from real danger or from their failing marriage, but she is sure of one thing: without his heart medicine, Frank won’t be running anywhere for very long. 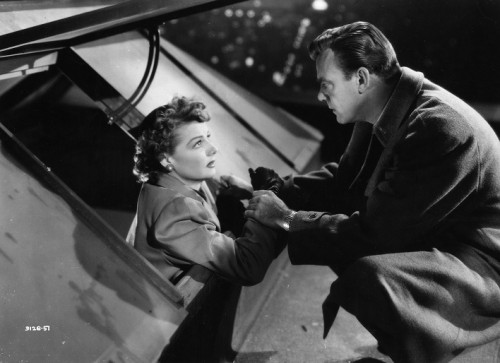 A newspaper reporter named Leggett (Dennis O’Keefe) offers to help Eleanor find Frank as long as he can have the exclusive story, and she reluctantly agrees. Soon the two begin combing the city, seeking any clues they can find.

Woman on the Run is so much more than a terrific film noir. It combines noir atmosphere with elements of mystery, suspense and romance, combinations that would normally spell disaster, but work here as carefully constructed pieces of a superb storytelling structure. Frank Johnson could have been a simple plot device to get the film on its feet, but we learn that Frank is, in fact, a character of great depth and complexity. As the film develops, both we and Eleanor pick up clues amid heightening tension and suspense, understanding how this marriage went wrong. And with every step, Eleanor also learns a few things about herself.

Woman on the Run is a far better film than it had to be. Perhaps some of that has to do with its being an independent production from Fidelity Pictures (a short-lived company that produced only four films) trying to stand toe-to-toe with bigger budgeted studio films. The presence of veteran cinematographer Hal Mohr also adds a richness to the film as he presents Eleanor as a multi-layered character, conveying her intelligence, confidence, doubts, fears and resolve, all with expert lighting and shadows. 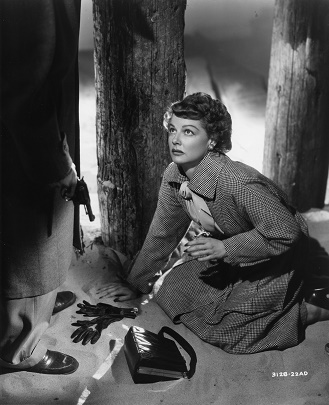 But the film really belongs to Sheridan, who had been under contract with Warner Brothers until the studio let her go in 1948. Sheridan turns noir conventions upside down by proving that Eleanor – essentially in the role of a detective – is as smart and cynical as the most hardened gumshoe. She delivers sharp, snappy dialogue (much of which was probably improvised) as if she’s been doing so since childhood and you get the feeling her thinking is at least three or four steps ahead of the cops. But there’s something in Sheridan’s eyes that conveys the complexity of her character. You can detect in those eyes bold cynicism, fierce intelligence, but also a glimpse of hope in the midst of a bleak situation. Eleanor is a complex character who’s had the emotional feet knocked out from under her in a marriage that didn’t turn out like she thought it would. This struggle of smart confidence (almost a swagger) and grim acceptance combine to reveal a character of depth and interest, something we don’t often see in a non-femme fatale noir role. Finding good roles as a freelance actor outside the studio system in those days wasn’t easy, but here was a part with some serious teeth in it, a role Sheridan gripped with both hands and made come alive.

I’ve mentioned almost nothing of the great San Francisco location shooting, Otto Ludwig’s masterful editing, the smart Alan Campbell/Norman Foster script, the way Hal Mohr creates suspense with shadows, the nightmare-filled rollercoaster scene… But no worries; you’ll experience all of this and much more with this new restored edition of Woman on the Run, a fantastic film noir you won’t want to miss.