Flicker Alley is proud to present the following essay by Laura Grieve of Laura’s Miscellaneous Musings, written for Detectives and Dames: A Flicker Alley Noir Blog-a-Thon! Actor Dennis O’Keefe stars in Woman on the Run (1950), available on Blu-ray/DVD May 10! Pre-order today!

Actor Dennis O’Keefe was born on this date 108 years ago. 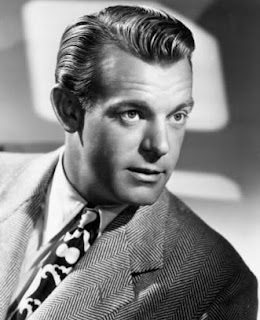 Over the last couple of years O’Keefe has become a real favorite, and I’m always glad to see his name in a movie’s opening credits!  I particularly value his many contributions to film noir. 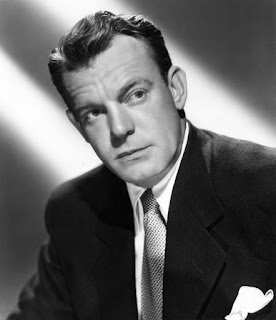 O’Keefe, originally known as Edward “Bud” Flanagan, was born to parents who were in vaudeville. Bud worked as an extra and bit player in roughly 200 films between 1930 and 1937. 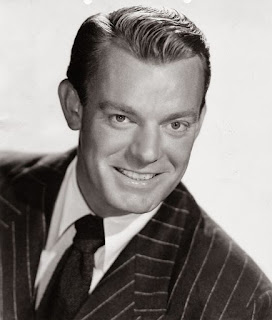 He can be spotted dancing behind Dick Powell and Ruby Keeler in COLLEEN, working at a charity party in LIBELED LADY (1936), or as a casino guest in LADY KILLER (1933), along with dozens of other bit parts.

As Dennis O’Keefe, he finally broke out of the pack at MGM with a leading man role opposite Maureen O’Sullivan in the “B” picture HOLD THAT KISS (1938). 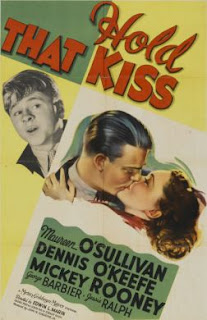 In honor of O’Keefe’s birthday, here’s a photo gallery of some favorite O’Keefe films. Review links for each movie may be found at the end of the post.

With Jean Brooks in Val Lewton’s unforgettable THE LEOPARD MAN (1943): 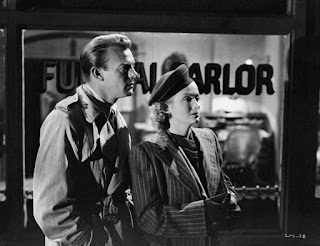 With Mary Meade in a publicity photo for the Anthony Mann noir classic T-MEN (1947): 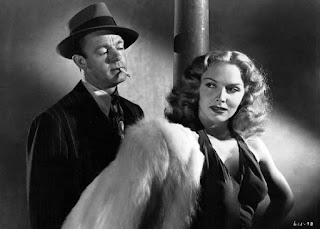 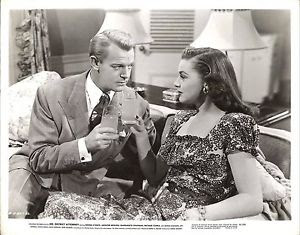 With Louis Hayward in a great publicity shot for WALK A CROOKED MILE (1948). Love those shadows! 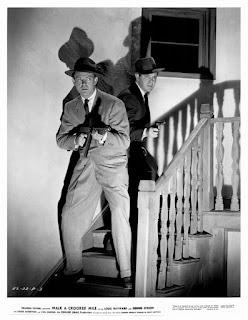 With Claire Trevor and Marsha Hunt in another film noir classic from Anthony Mann, RAW DEAL (1948): 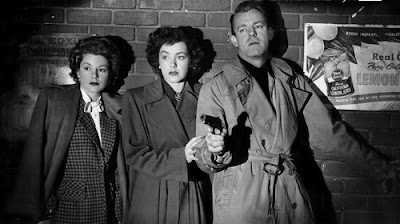 O’Keefe was also a talented writer; using the pen name Jonathan Rix he co-wrote what might be my favorite of his films, COVER-UP (1949), a small-town Christmastime mystery costarring Barbara Britton. 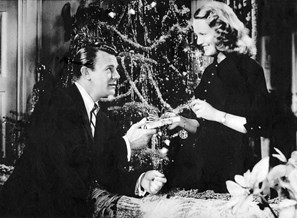 COVER-UP was also filmed for TV’s LUX VIDEO THEATRE in 1955, with Steve Brodie and Jane Howard replacing O’Keefe and Britton; William Bendix reprised his supporting role from the movie. 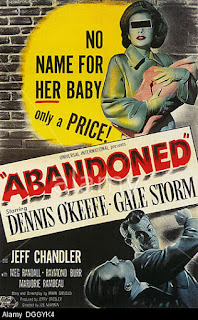 Another terrific noir which has been restored in recent years is WOMAN ON THE RUN (1950), costarring Ann Sheridan. This excellent film, with O’Keefe in an atypical role, was directed by Norman Foster. It comes to Blu-ray and DVD from Flicker Alley in May. 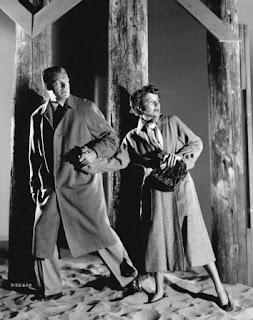 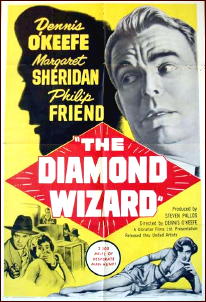 LAS VEGAS SHAKEDOWN (1955) is a minor film but a personal favorite. I love the romantic intimacy O’Keefe creates with leading lady Coleen Gray; he was equally special romancing Barbara Britton in the aforementioned COVER-UP. 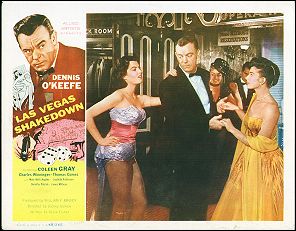 I recently discovered DRAGOON WELLS MASSACRE (1957) after it was highly recommended by fellow Western fans, and it is indeed excellent: 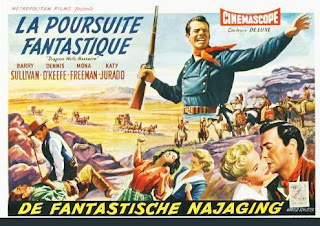 O’Keefe was married to actress Steffi Duna from 1940 until his passing in 1968. Their son, James O’Keefe, is a TV producer-director who has worked on shows such as MORK & MINDY and FULL HOUSE. 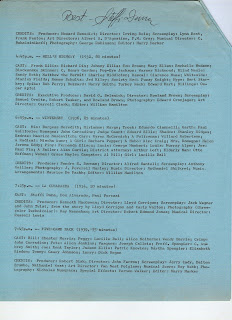 Steffi Duna would live many more years, passing away on April 22, 1992, at the age of 82. I met her briefly in the late ’70s at a screening of the Technicolor short LA CUCARACHA (1934) at the Los Angeles County Museum of Art. I had no idea at the time how much I would eventually come to admire her husband!

(As a postscript, the LA CUCARACHA screening was part of an RKO marathon, and one of the films listed on this sheet which Duna autographed was HELL’S HIGHWAY, which I coincidentally just reviewed last weekend. Although I didn’t see HELL’S HIGHWAY at the marathon, I did see FIVE CAME BACK — which costarred Kent Taylor, star of another movie seen last weekend, TRACK THE MAN DOWN. Fun connections!)

I strongly encourage readers to explore Dennis O’Keefe’s film career, which contains many rewarding gems. Each review linked here contains information on DVDs and other sources to see his films. 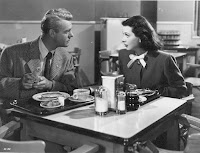